Forthcoming in the series Münchener Forschungen zur historischen Sprachwissenschaft at Hempen Verlag in Bremen (Conference Proceedings Code-Switching in the Classroom May 2015):
Tom ter Horst, ‘The profile of a preacher: Bilingualism in An Leabhar Breac’
Mícheál Ó Flaithearta, ‘Bucking the trend? Language choice and Apgitir Chrábaid’
Nike Stam, ‘Accident or strategy: Code-switching in the commentary on the Félire Óengusso’

Presentations and Outreach by Project Staff:

2015 – September
A short introduction to the project was presented at the yearly ‘Drongo Festival’, which revolves around languages and multilingualism. Drongo is the most important language festival in the Netherlands and in Flanders, offering crash courses, lectures and musical performances 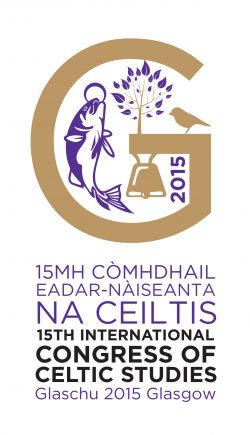 As the project entered its final year, a closing 1-day workshop was organised at the end of may, centering round the theme ‘Code-Switching in the medieval Classroom’. Speakers included well-known authorities on medieval Irish history, medieval Irish language and literature, Hiberno-Latin and Middle-English homilies. For the program see and abstracts, click here. The workshop was well visited by both colleagues and students and led to many inspiring discussions. It will result in a Conference Proceedings volume, to be published in the series Münchener Forschungen zur historischen Sprachwissenschaft, published at Hempen Verlag in Bremen.